Sometimes throughout the planning process, we have clients ask us to keep a secret from their partner to surprise them with a small gift, a letter or even fireworks. Never do we get asked to keep the entire wedding a secret, but that’s exactly what Paris did during our first meeting!

Married for ten years, Paris was hoping to celebrate his bride and create a vow renewal celebration all about his dedication and love for Becc. Ten years ago the two become Mr and Mrs Corless under not-so-perfect conditions, so this time Paris was absolutely set on having the best day ever with his beautiful wife and redeeming himself from past mistakes.

Wedding Round 2 was born and we got straight to planning an incredible day set for their ten year anniversary. Once again though, the pandemic had other ideas. Instead of Round 2 happening on their anniversary weekend, we had to re-convene and change dates to later in the year. Paris didn’t let this unnerve him and forged ahead with the change to December. He didn’t let their milestone go unnoticed on the 18th of September and purchased one thousand dollars worth of flowers for his beautiful wife. ‘You’re planning something,’ might have been her initial reaction, but Paris played it cool with his denial.

While vendors secretly set up in local Crack ‘N’ Jack Park in Tanilba Bay, Becc had some unexpected guests arrive for a spa day. All of a sudden she was in a limo and unbeknownst to her, on the way to her wedding! When daughter and flower girl Bonnie greeted her all dressed up in her own beautiful white dress, Becc broke down in tears that carried her all the way down the aisle and into the arms of Paris. With Bonnie and sons Parx and Mak by their sides, the couple renewed their vows in front of friends and family. We can’t forget their dear friend who acted as unofficial celebrant and had everyone in stitches with his costume and anecdotes – ‘By the power vested in me by Google, I now pronounce you Mr and Mrs Corless again!’

Their reception was nothing but fun, perfectly fitting for such an incredible couple. Jumping castles, ice cream and food trucks kept the kids busy and with everyone invited to camp on site, there was no worry about partying too late into the night (especially with recovery coffee and bacon and egg rolls provided the next morning).

Referring to his wife as his Queen, Paris wanted nothing more than to redeem himself and create a memory for Becc that lived up to what she had always dreamt and deserved. We had so much fun keeping this huge secret and are wishing another fun-filled ten years and beyond to the beautiful Mr and Mrs Corless. 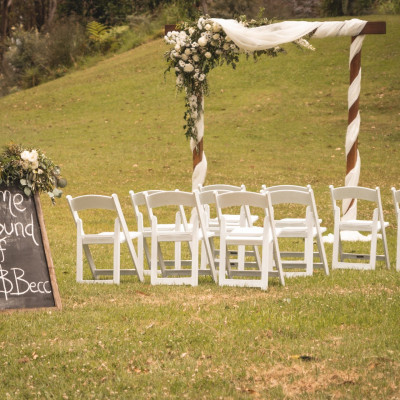 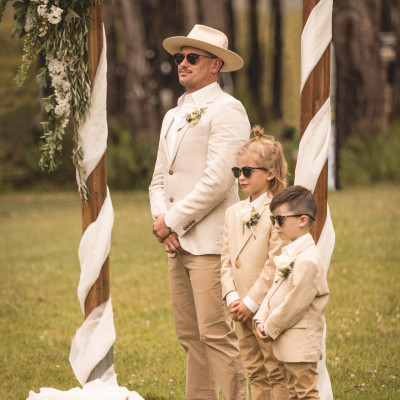 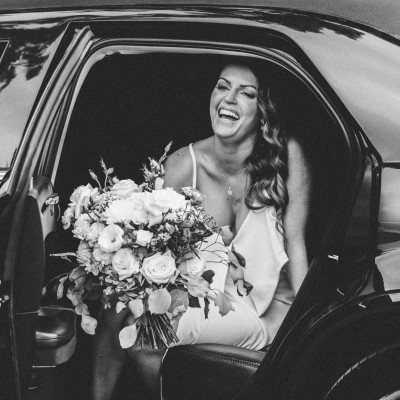 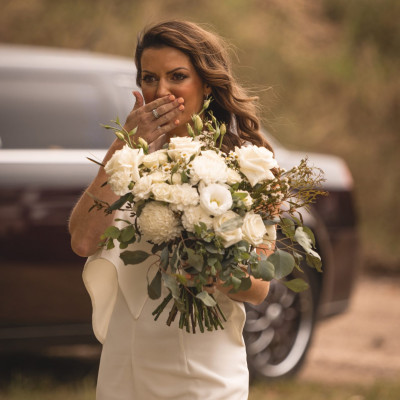 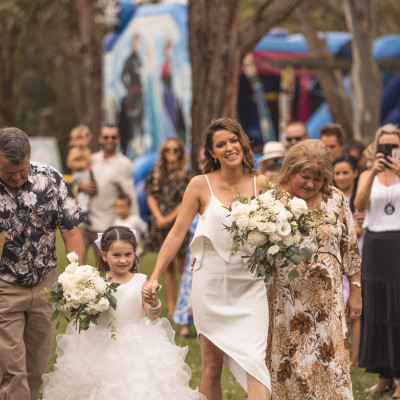 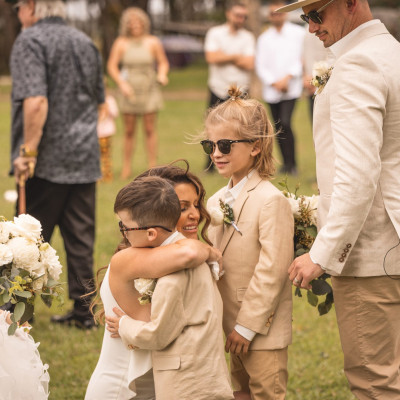 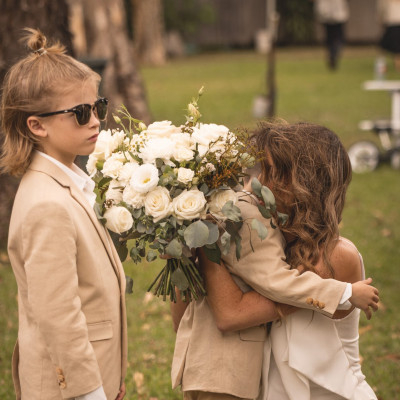 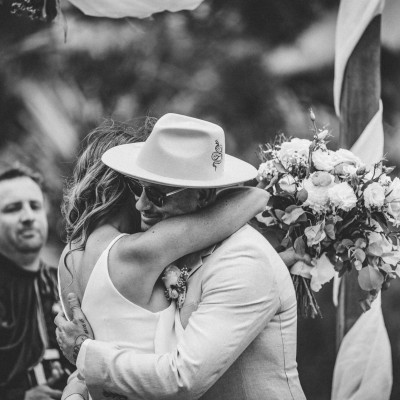 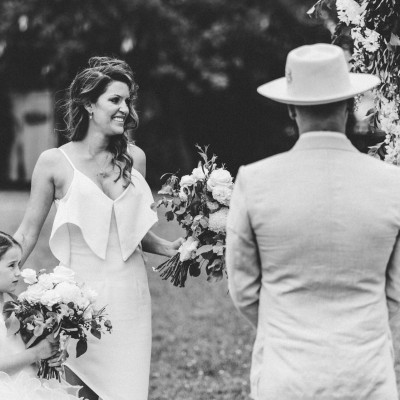 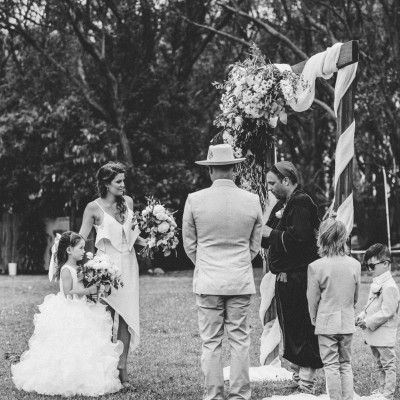 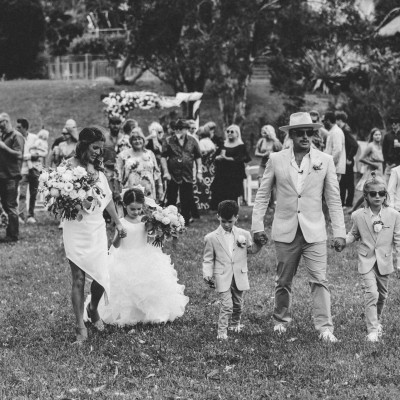 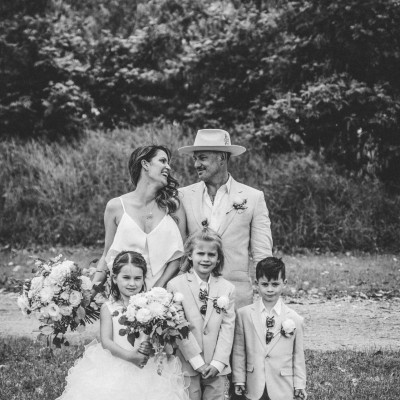 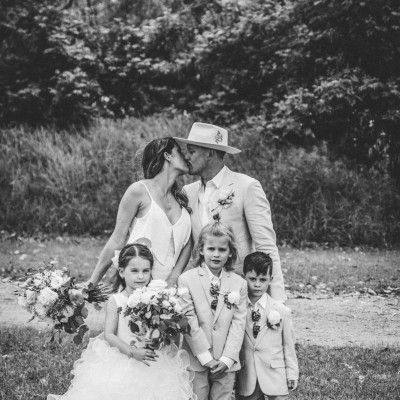 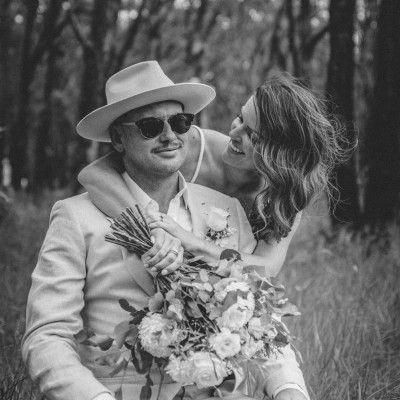 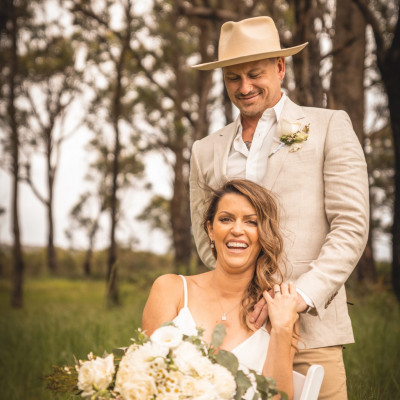 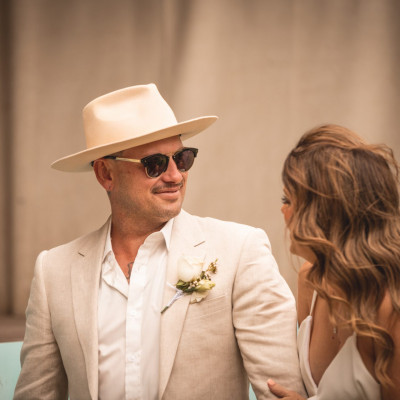 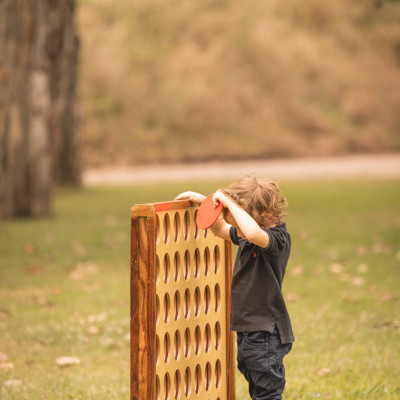 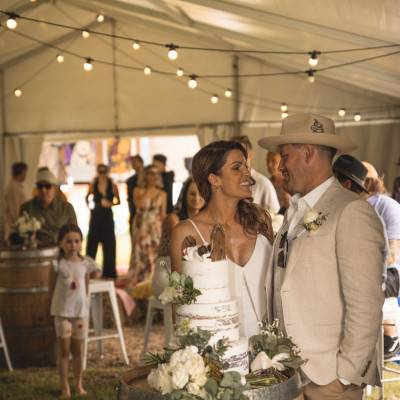 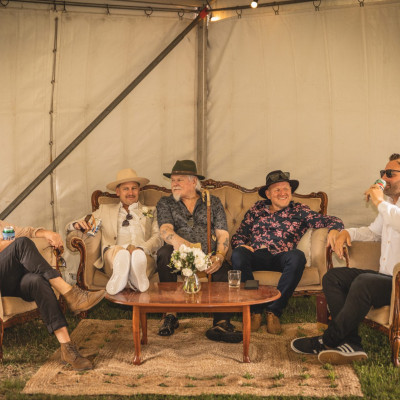